These Software’s are used for blue light filter windows 10. Keeps protecting from blue light to your eyes.

Nowadays all over the world depends on computers and smartphones.

Man deals with the world for managing standards in various circumstances.

In the process of work, we having a lot of stress and troubles being many hours working with computers.

The causes of working with computers are some eye contacts issues.

In the time of manner many precautions are used and hours of working, conversations, surfing and deals with technology.

How much they used computers and mobiles its affected eye.

So take small precautions we can escape from these effects.

Using safeguards for eyes by using computers in the web world various applications are developed and available.

Know Just refer to some popular apps for computer working environment of windows and Mac.

It is one of the most popular applications for the safeguard of eyes with working computers.

F.lux gives much simple interface and lite software, give enough background feature and supports all platforms.

When working in day or night it’s automatically changing colour and brightness of computer screen with synchronizing in internet using pin code of particular location.

It gives the alternative setting which we want to reduce or increasing better screen lightness and also shows the locations transition speed.

The app gives to protect the eye by reducing lighting on the working environment with various features.

Its change automatically day and night modes depends upon time zone of devices.

F.lux is available in Windows, Mac, Android and iOS platforms.

When using mobile interface quite simple and easy for any new user for a run this F.lux app in your favourite mobile screens.

But some cons are there its works only on rooted Android devices and higher updated operating systems in Apple devices. 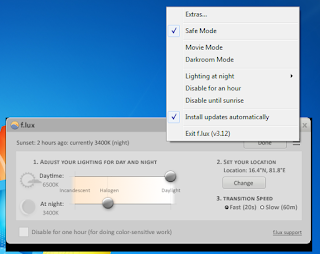 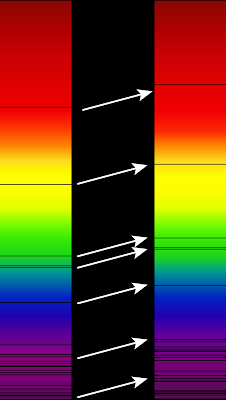 Redshift is another applications for protection eye by reducing lighting depend upon surrounding.

It is some effect user interface and lite background tasks, the alternative program of f.lux.

Different temperature is set on day and night times

Temperature transitions smoothly from night to daytime to allow eyes to slowly adapt. This program works on the Linux platform.